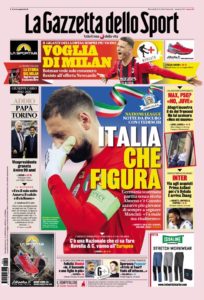 Nightmare evening with the Germans

At least Gnonto is the youngest ever Azzurri player to score

Mancini: ‘It hurts, but we’ll climb back up’

There’s a Nazionale that knows what it’s doing

Rovella and Co go to the Euros

Defensive giant is ever closer

Botman only wants the Rossoneri and resists Newcastle offer

Allegri meets the French club’s director of sport, but he assures: ‘I am not moving’

Now for the signings, first Asllani, then Dybala

And Zhang arrives too

Dionisi joy: ‘Me, Sassuolo and a new daughter’ 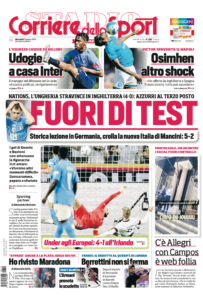 CT bitter: ‘We will experience other difficult moments too’

Unders get to the Euros: 4-1 past Ireland

‘I have offers from England and Spain. Uncertain future, anything could happen’

He ‘appears’ in La Plata too: Diego visions 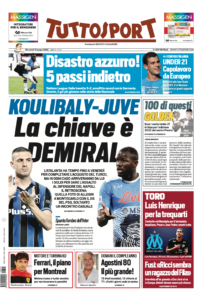 The key is Demiral

Atalanta have time until Friday to complete the signing of the Turk, but in any case the money will come from him to push for the Napoli defender

Behind the scenes: that photograph of Allegri in Montecarlo with the PSG director, just a chance meeting

Gnonto, the youngest goal in the history of the Nazionale

CT Nicolato: ‘Rely on these lads’

Toro, Luis Henrique for the midfield

Fusi: ‘Ricci seems like a lad from the Filadelfia’

Interview with the ex-Granata: ‘With Juric they can get into Europe. Belotti has to be clear’